← more from
Red Scare Industries
Get fresh music recommendations delivered to your inbox every Friday. 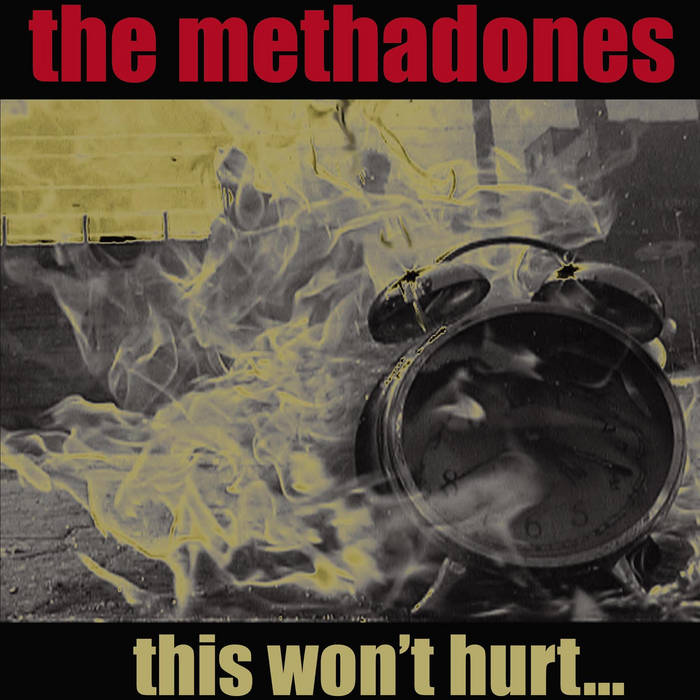 Chicago’s Methadones got our attention with their last proper album, "Not Economically Viable", which came out on Thick Records in 2004. It was their breakthrough, and anyone who overlooked that LP missed out on the BEST pop punk record of 2004. We then hooked up to release a hilarious party album ("21st Century Power Pop Riot") that featured The Methadones with a number of guest vocalists covering Cheap Trick, Costello, and more. Now it’s back to business, and the ‘Dones have a new batch of originals that pick up where they left off with the great "Not Economically Viable". It’s called "This Won’t Hurt..." and they recorded it at the famed Atlas Studios in Chi-Town. The same guys that brought you stuff from The Lawrence Arms and Alkaline Trio have captured The Methadones in all their glory and have them sounding better than ever. Fronted by the venerable Dan Vapid, they have yet another album full of undeniable hits and on top of all this, they have two tours booked in the near future…hide your beer and chicken wings!

Bandcamp Daily  your guide to the world of Bandcamp

Lance Skiiiwalker joins the show to discuss his most recent releases